Bibimbap is a staple in the Korean diet. Its literal translation is mixed (bibim) rice (bap).

Invariably, there there are infinite ways to create and serve the dish. Nonetheless, traditional Korean bibimbap is made using rice, an egg, fresh and fermented vegetables, gochujang (고추장, red chili paste), and often meat. Foreigners often liken bibimbap to a burrito bowl. The rice dish has always been prevalent in Korea, but has now become a popular dish all around the world. Inevitably, with the dish’s popularity has also risen a curiosity around bibimbap’s history and culture. 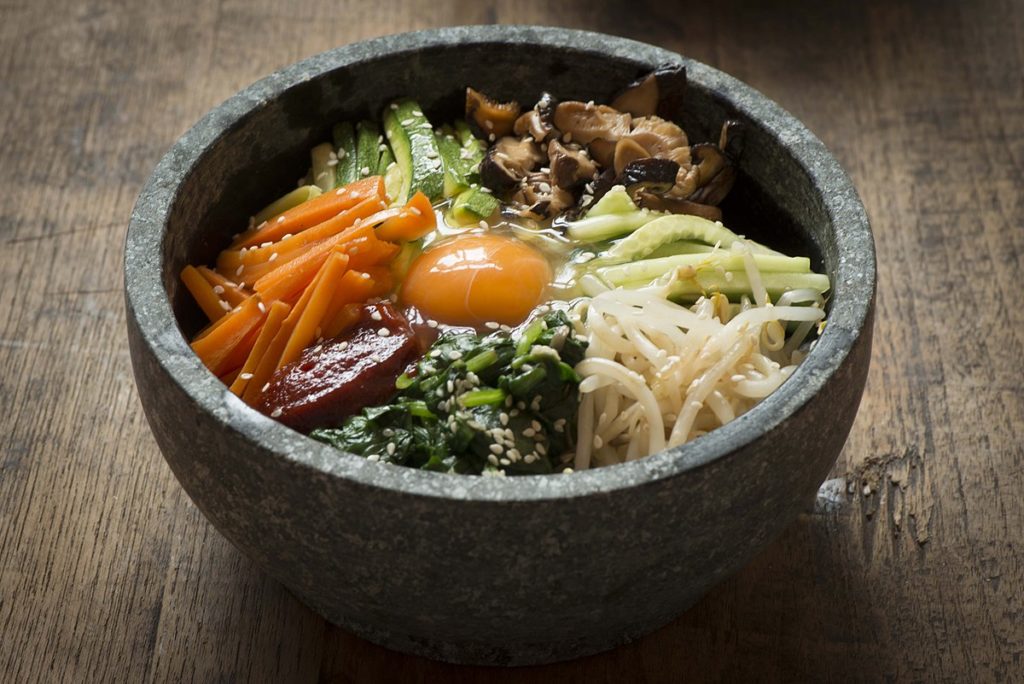 The peninsula’s geographical makeup meant that different regions of Korea adopted different types of proteins. To the west and south in the coastal regions it was fish; Inland and the north focused on beef, pork, and chicken. However, Korea’s mountainous terrain meant that forest and root vegetables (in their many variations) were aplenty and an integral aspect in all regional cuisine. The precise origin of bibimbap is difficult to discern, but scholars have several speculations.

The first theory comes from the practice of jesa ritual rites. This theory argues that people mixed rice, vegetables, and side dishes together in a single bowl for ancestral food offerings, before eating it themselves. Another popular theory is that in an attempt to start the new year afresh, households would mix all of their leftovers with rice. This theory seems highly plausible as many people now make bibimbap at the end of the week when there are many leftovers in the fridge. That being said, understanding that Korea has historically had strict meal rituals, it is equally as likely that bibimbap’s true origins stem from ritualistic practices.

In fact, bibimbap was first recorded by a scholar during the Joseon Dynasty between the late 1500s and mid 1600s. Since then, multiple published works have referenced or described bibimbap. These varied texts illustrate the widespread prevalence and impact bibimbap had all around the Korean peninsula. 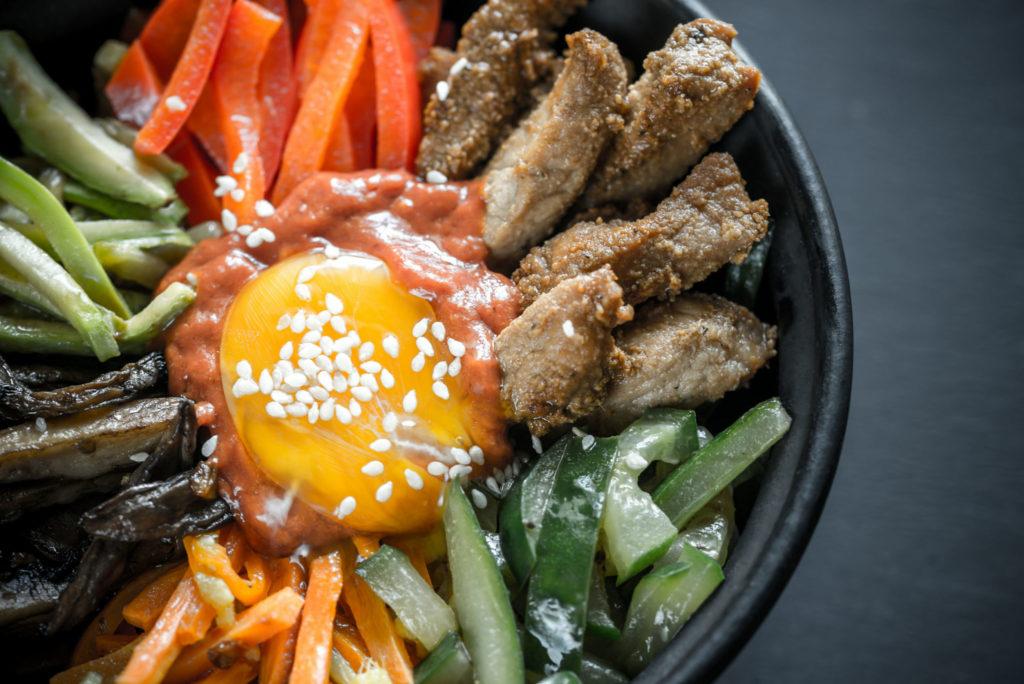 Bibimbap became a widespread phenomenon for several reasons. First, the dish is relatively easy to make. Bibimbap requires only a few ingredients, readily available at home. Secondly, the dish is popular because of increased travel to Korea. Thirdly, the Korean wave that is sweeping the world has certainly played a role in the popularization of bibimbap and other Korean dishes. People have garnered an interest in Korean food through watching Korean dramas, reality  TV shows, and music. In turn, entrepreneurs and business owner are opening Korean restaurants, food trucks, and food stalls. All of these places are likely to serve bibimbap, only increasing people’s interest in the dish.

Bibimbap’s history and culture is one of great interest. It alludes to the greater cultural impact that Korea continues to witness today. Anyone who visits Korea should try it in its many different forms, finding out for themselves which regional bibimbap they like the most!