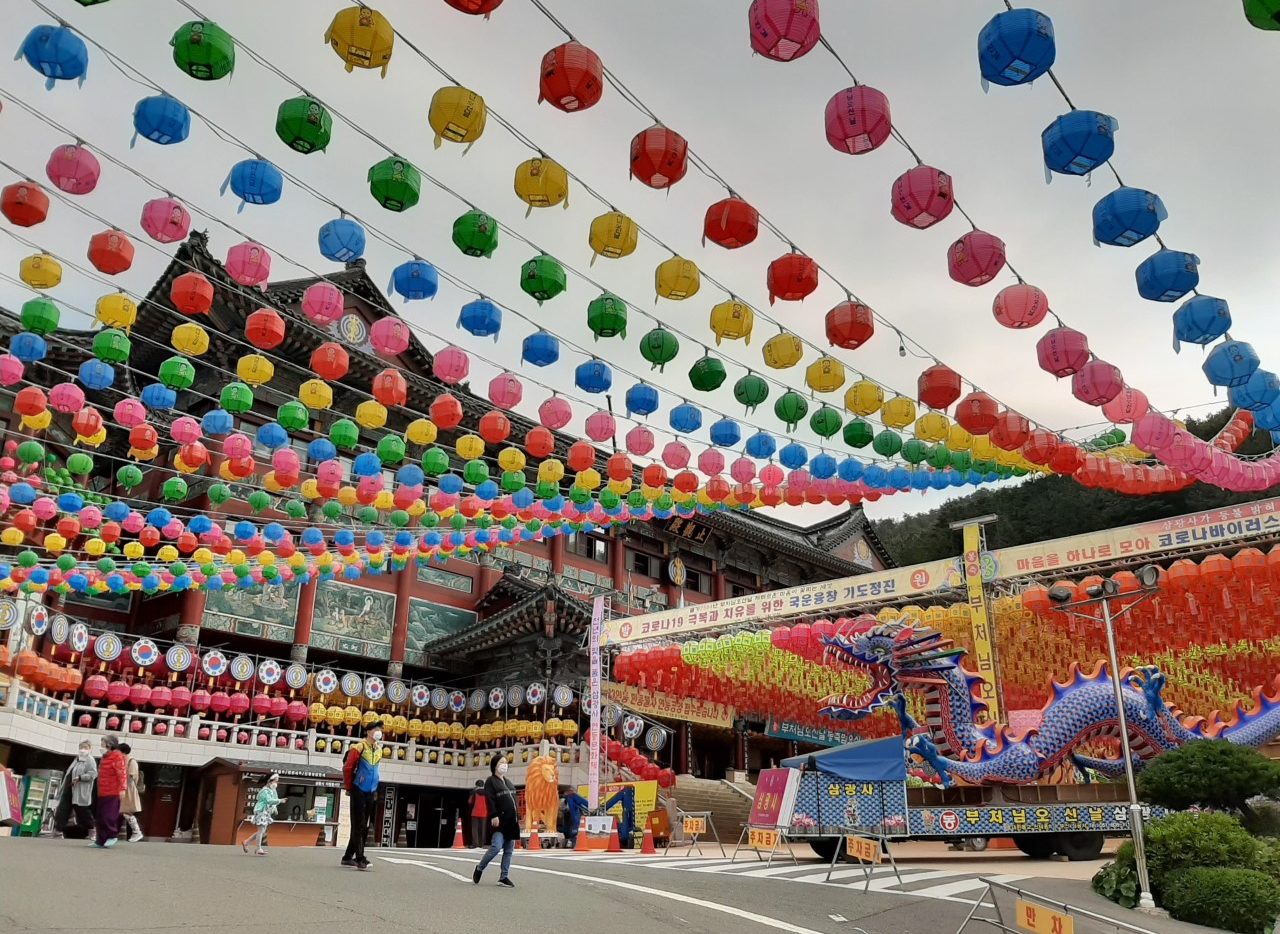 Those who want to visit South Korea often wonder about the best time of year to go, so that they can go at a time when they can take advantage of the most events. Many festivals and events are organized throughout the year in Korea, and some of them are very special. However, there really isn’t a best time to choose: there are things to do in Korea all year round.

Today we recommend the most popular events in Korea, month by month. The first event of the year is of course New Year’s Eve, with its fireworks, parties, bells and sunrise over the sea. If you want to know more, check out our article: How New Year’s Eve is spent in Korea.

January is also a cold month, so many people go to ski resorts. One of the most popular destinations is Pyeongchan (평찬), where the 2018 Winter Olympics were held.

Another interesting event is the Hwacheon Sancheoneo Ice Festival (화천천어제), which takes place in Hwacheon throughout most of January. Among the event’s most well known activity is fishing for trout with your bare hands through holes dug in the frozen lake – this is done in shorts and short sleeves! During the festival, it is also possible to try other activities  such as the ice slide and bobsleighing.

February may see celebrations for Seollal, the Lunar New Year, but the date varies from year to year, so sometimes it falls in January and sometimes in February.

Festivals include the Herb Island Light Festival (허브아일랜드 불빛동화축제) in Pocheon, a few kilometers from Seoul. In the evening, the town lights up with colourful lights and cheerful decorations. This event continues to take place at other times of the year, but February is the most popular month. If you go to Pocheon, you can also take the opportunity to visit the Pocheon Art Valley, a striking rock formation overlooking a clear body of water where many dramas have been filmed, including A Korean Odyssey (화유기). The first spring festivals also begin, taking place in various locations and celebrating the first flowers of the year. In March, for example, you can participate in various tulip festivals.

Towards the end of the month, you can also take part in the Nonsan Strawberry Festival (논산딸기 축제), during which you can sample local strawberries and take part in themed cooking classes.

Also noteworthy is the Jindo Miracle Sea Road Festival (진도신비의바닷길축제). Once a year, the strip of land separating the island of Jindo from the peninsula resurfaces due to a lowering of the tide and can be crossed on foot.

Buddha’s birthday celebrations also take place between April and May, depending on when it falls on the lunar calendar. Celebratory lanterns are set up everywhere, but the Daegu Lantern Festival, during which lanterns are thrown into the sky, is of particular note. In May, the spring festivals are not over yet, with the Rose Festival being one of them. One of the many festivals is Everland, the famous amusement park in Yongin, not far from Seoul.

Another interesting event is the Boseong Green Tea Festival (보성다향대축제), which allows visitors to admire the verdant green tea fields of Beoseong and take part in activities such as themed exhibitions, leaf-picking and tea-making.

At the end of May, Busan hosts the Centum Beer Festival, where you can drink plenty of beer and soju, play games to win glasses, and watch short musical performances. Interestingly, a black bag will be provided at the entrance in case you overdo it!

Read our article on drinking culture in Korea here.

In June, one of the most impressive events that usually takes place in this month is the Danoje Festival in Gangneung. This is an event where you can watch ancient rituals, traditional dances and ssireum (씨름), a kind of Korean masked wrestling.

The event is considered a UNESCO cultural heritage site. It is held on the occasion of dano (단오), the 50th day of the lunar calendar.

The most famous event in July that attracts people from all over Korea every year is the Boryeong Mud Festival, an event during which people dive into the mud and play various games. Not recommended for those who don’t like getting dirty!

Another popular July event for young people is the Sinchon Watergun Festival, which takes place in Seoul and involves shooting each other with water guns in the streets of Sinchon district, usually lasting an entire weekend.

We also know that Koreans love spicy food, which is why the Goesan Chili Pepper Festival (괴산고추축제) takes place at the end of August. A very special September event is the Wonju Dynamic Dancing Carnival (원주다이내믹댄싱카니발), a long masked parade that takes place in the city of Wonju. During the event, one has the opportunity to see both traditional and modern masks and dances, or the two styles fused together.

Between September and October, the Suwon Hwaseong Cultural Festival also begins, during which historical performances are staged at the Hwaseong Fortress. Depending on the lunar calendar, Chuseok – the autumn festival also known as Korean Thanksgiving – may fall in September or October.

The Busan International Film Festival (the first Korean film festival which plays a big role in the Asian film industry) is also held in Busan every year.

Halloween night is also celebrated in Korea. Generally, the celebrations take place over two weekends in a row and the area where the event is most popular is the Itaewon district in Seoul.

In November, Korea starts to light up with Christmas decorations, but that’s not all. In Seoul, the Seoul Lantern Festival is held in the central area, during which large lanterns in a variety of shapes decorate the Cheongyecheon stream and its surroundings. Once November’s Seoul Lantern Festival is over, Cheongyecheon’s decorations are replaced with bright, colourful Christmas-themed lanterns. While Christmas wasn’t a big thing in Korea until a few years ago, it is now becoming increasingly important, especially on the consumer and decorative side.

We hope you enjoyed our month-by-month overview of events during the year in Korea. We’ve only considered a select few because there are just so many! Is there a particular festival or event in Korea that you know of and would like to recommend? Let us know in the comments.

For more information and interesting facts, keep following the Go! Go! Hanguk blog and do not hesitate to contact us about living and studying in Korea.