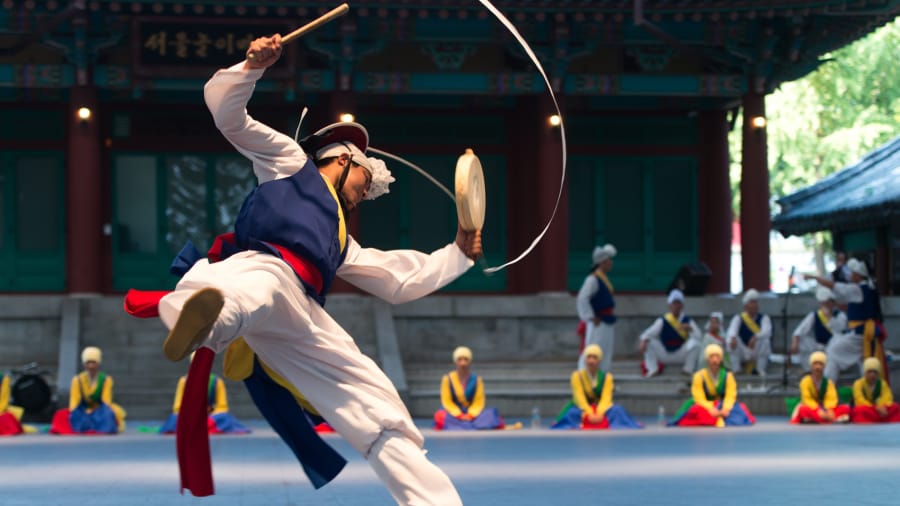 You may wonder why there is a five-day weekend in the middle of autumn.

This nationwide phenomenon is due to Chuseok (추석, autumn eve) or Korean Thanksgiving. Chuseok is an annual three-day holiday celebrating the autumn harvest. It’s celebrated on the 15th day of the eighth month according to the lunar calendar. This article provides a comprehensive beginner’s guide to one of the most cherished holidays in Korea.

It is difficult to trace the exact origins of Korean Thanksgiving in history. However, popular belief asserts that Chuseok began during the time of the Silla dynasty’s third king. Folklore tells the story of a month-long weaving contest between two teams. The team with the most cloth at the end of the month would win an elaborate feast prepared by their losing opponents. Another story claims that Chuseok began when the Silla kingdom achieved a great feat against its rival kingdom, Baekje. Historians also believe that Chuseok is an emblem of Korea’s agrarian culture, wherein people would celebrate the harvest moon and honour their ancestors with offerings of food and drink. Regardless of Korean Thanksgiving’s historical origins, it has become one of the most celebrated holidays in all of Korea with its own set of rituals and customs. 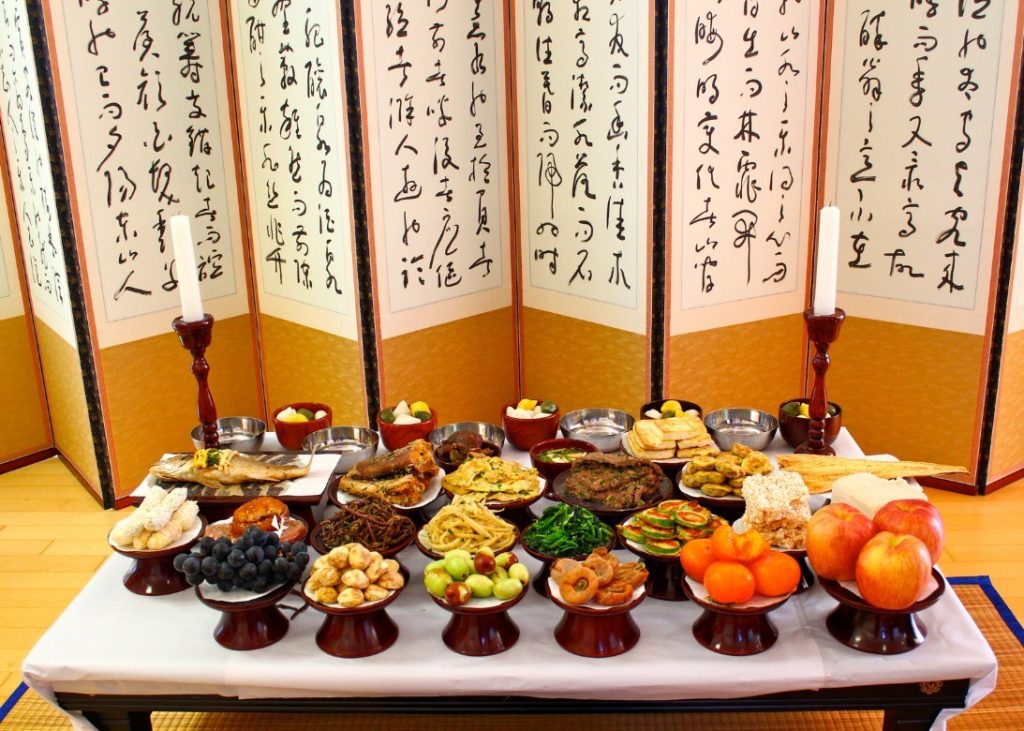 At the core of contemporary Korean Thanksgiving celebrations is family piety. Most Koreans travel to their hometowns to pay their respects and participate in ancestral worship rituals during Chuseok. There are two main rituals which are jesa (제사, ancestral rites) and seongmyo (성묘, visiting graves). Jesa, also known as charye (차례), is a memorial service and ceremony in which Korean families offer food, wine, and fruit to their ancestors as well as bow to their shrines erected in their honour. Likewise, seongmyo is also often practiced during Chuseok wherein families visit their deceased family members’ graves and pay their respects, often by cleaning the grave site and offering food and wine as well. 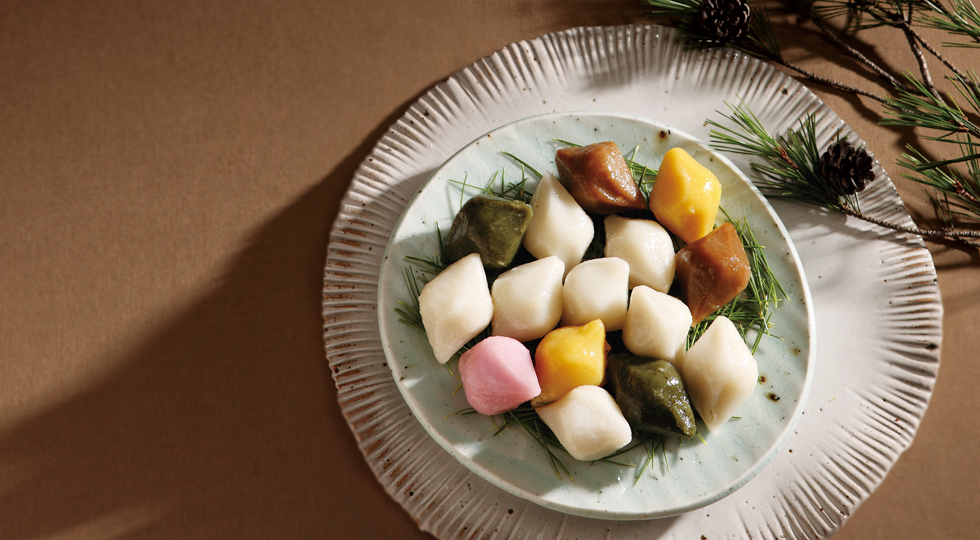 At discussed above, family is the foundation of any Chuseok celebration. In Korea, large family gatherings guarantee bustling kitchens and tables laden with colourful plates of food. Chuseok is no exception. In fact, Korean Thanksgiving invites even more elaborate dishes, which traditionally took many hours to prepare (nowadays this food can be bought at restaurants or stores). One of the celebratory dishes made during Chuseok is songpyeon (송편, Chuseok rice cakes). Songpyeon is a traditional Korean rice cake stuffed with a multitude of autumnal ingredients such as pine-nuts, jujube, cinnamon, sesame seeds, and honey. These rice cakes are particularly special because they resemble the full-moon before they are stuffed and folded over to be finally steamed over a bed of pine needles. Other foods eaten during Chuseok are meat dishes, pancakes, and various fermented roots.

Chuseok is one of two times a year (the other being Lunar New Year) Korean families gather together to participate in age-old traditions, codified in Korean culture and identity. This being said, foreigners in Korea are increasingly able to partake in the festivities. Whether it be eating songpyeon or watching traditional musical performances, foreigners in Seoul and across Korea are invited to participate in Korean Thanksgiving celebrations.

If you like to read more about Korean culture, make sure to follow our blog where we cover everything you need to know about South Korea!