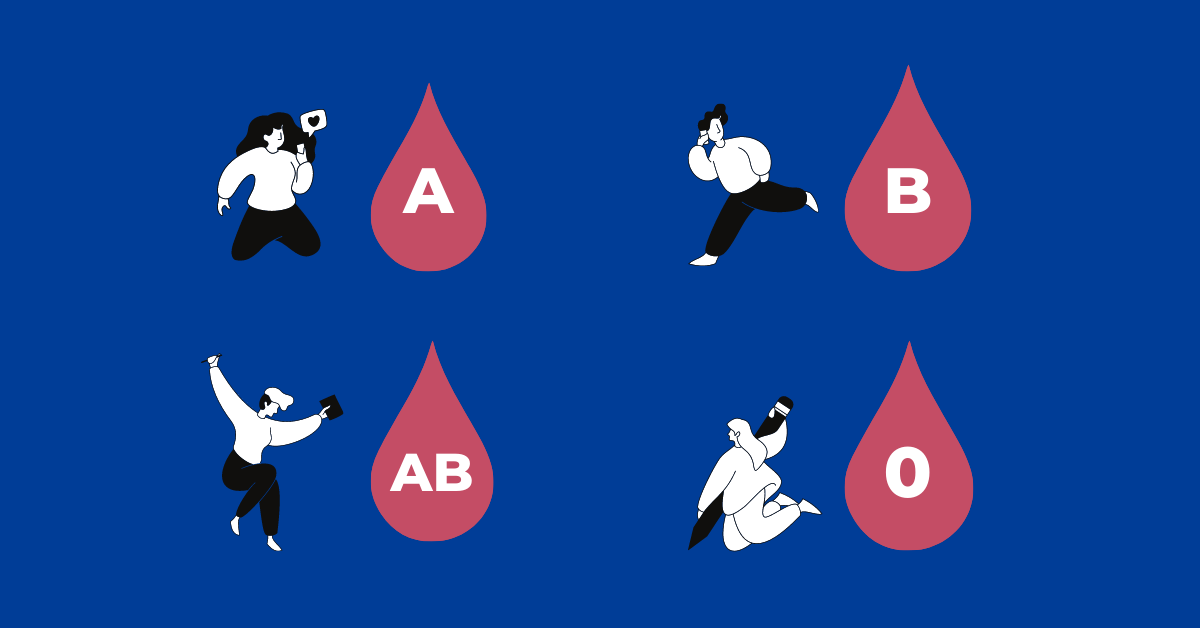 Blood type in Korea is not classified differently from ours, and is therefore divided into groups A, B, AB and 0. However, it is believed in Korea that blood type influences one’s personality and therefore the way one behaves towards others, much like the zodiac signs. Of course, there are those who firmly believe this and those who think it is just a rumor.

To find out what characteristics distinguish people of different blood types, keep reading this article!

In Korea, people of blood type A are said to be shy and reserved, known for their good manners and honesty. They do not like change and are therefore rather conservative. They always try to organize events in advance and act according to their plans, with no changes to the schedule. However, the biggest flaw of group A members is that they worry about nothing and have unnecessary paranoia, perhaps because something has not gone as planned.

Group B members, on the other hand, are said to be free spirits, highly individualistic and difficult to be influenced by other people. They express their emotions without hiding and speak freely about their ideas without being influenced by others. In contrast to blood type A people, who are more conservative, blood type B people are much more open-minded, especially when it comes to interpersonal relationships.

People with blood type AB are usually very good at the arts and are very creative. However, they tend to live in their own world and in their interpersonal relationships they always try to maintain a certain distance, often even with friends, never really getting to know each other. It is said that one of their flaws is that they often behave selfishly and are calculative, most likely because they rarely form strong relationships with others.

Finally, we come to the last remaining blood group, group 0 (“zero”). People belonging to this group have a very expansive personality characterised by a marked optimism. As highly charismatic individuals, they have the potential to be excellent leaders. Loyalty and honesty are two of the qualities that allow them to always be surrounded by good friends, as well as their positivity. However, one of their flaws is a lack of precision and attention to detail.

These are the influences on personality that blood type is believed to have in Korea. So if Korean colleagues, friends or acquaintances ask you what blood type you are, don’t be surprised. They’re not inquiring about whether or not you can donate blood to them in case of need (remember the drama 사랑의 불시착 aka Crash Landing On You?), but it’s simply a light conversation topic to learn more about your personality.

How about you?  Do you see yourself in the personality description corresponding to your blood type? Do you think there might actually be a correlation between the two, or is it just a myth and has no logic? Let us know what you think in the comments.

For more trivia, keep following the Go! Go! Hanguk blog and don’t hesitate to contact us for more information about living and studying in Korea.

Tags: How to, living abroad