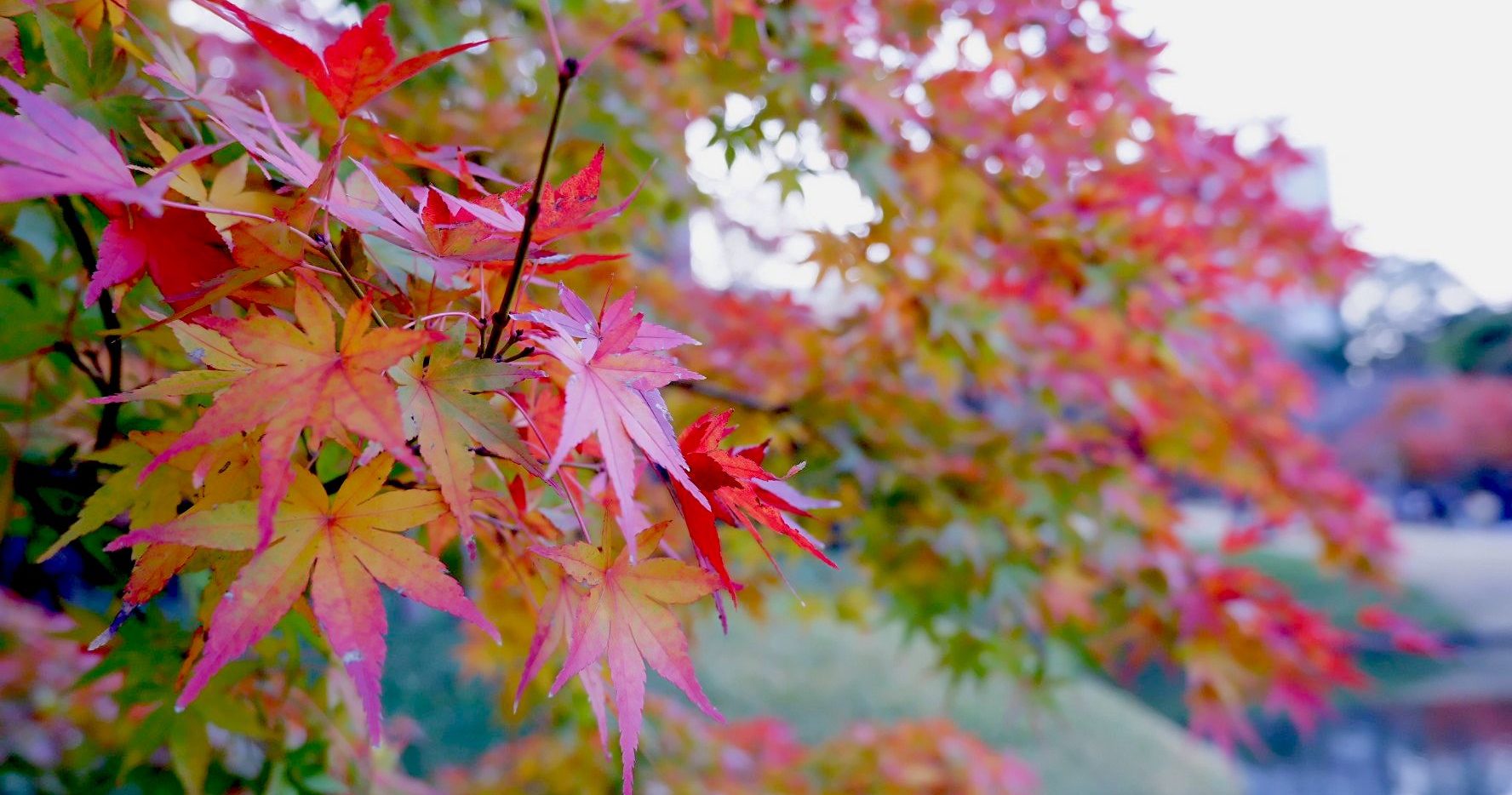 Autumn (가을, gaeul in Korean) is one of the best seasons to spend in Korea. If summer is too hot, winter is too cold, and in spring the air pollution problem is slightly worse than in other seasons, autumn in Korea is the perfect season in terms of both climate and scenery. The red maple leaves are the highlight of this refreshing season. During autumn, Korea turns red and it is a sight not to be missed. Here’s what to expect!

As we all know, leaves begin to change colour in autumn, but in South Korea the leaves take on strong shades between yellow, orange and bright red. This change is so keenly felt and admired by the Korean people that there is even a term for it: 단풍 (danpung, meaning the colour of autumn leaves).

Between the end of September and the beginning of October, foliage slowly begins to change colour to a bright red that blends in well with its surroundings and creates breathtaking scenery.

The cool weather offers a reprieve from the humid and hot summer season. The change between the weather during the day and night sees a drastic rise and fall. If travelling to Korea during autumn, carrying a light jacket or cardigan is a good idea. During autumn in Korea, the main activity is to visit the most beautiful places to admire the colours of the season. Not only do tourists do that, but Koreans themselves do so too. The most visited places are the mountains, which are definitely not hard to see in Korea: the Korean territory is 75% mountainous! In the city of Seoul itself, there are many mountains that can be easily reached by public transportation.

Here are the top 5 places not to miss during autumn because of the colours they take on at this time.

There are numerous places you can visit during autumn in Korea. The Asan Gingko Tree Road is quite an attraction during this season. Lined with massive trees, it’s a sight to be seen. You can witness the leaves turning into hues of golden and yellow offering an impressive landscape. Another spot worth experiencing is Changdeokgung (창덕궁), built in 1405 as the second royal palace of the Joseon Dynasty. It is the most well-preserved palace among the five situated in Seoul. The palace has a secret garden that offers beautiful scenery in this season. The old members of the royal family would come here to relax since the garden is surrounded by many trees. The atmosphere over here is peaceful since it is disconnected from the chaos of the rest of Seoul city.

Another top destination during this season is Nami Island. It is an island that has been formed due to the construction of Cheongpyeong Dam (청평호반). It is home to the grave of General Nami who died at a very young age during the reign of the seventh Joseon King. Famous as the filming location of the Korean drama, Winter Sonata, the island is usually a top spot that tourists wish to visit. It is possible to take a walk along the road lined with crimson and golden trees. There are numerous water sports that you can participate in while touring this area.

Located on the east coast of Korea, Seoraksan directly faces the sea and can be reached from Seoul by bus or train in about two hours. It is the third highest mountain in the country and offers impressive scenery. The landscape is beautiful with mountain streams and a lot of flora and fauna. There are numerous hiking trails and you can also ride a cable car that takes you to the peak of the mountain. From the peak you can travel to Gwongeumseong (궝금성) which is a site containing castle ruins.

It is the highest mountain in Korea and is located in the centre of Jeju Island. Once you reach the summit, you can admire the side of the mountain completely tinged with autumn colours.

Bulguksa is another place worth visiting since it was designated as a World Cultural Asset by UNESCO in 1995. It is a historical site in Gyeongju (경주) constructed in 528 CE during the Silla period. The Dabotap (다보탑) and Seokgatap (석가탑) pagodas are unique attractions in this temple. You can see a traditional tea ceremony and also explore the temple grounds with the Buddhist monks. The wood and stone architecture is dominated by the red maple leaves during the autumn season. Typical autumn food does not differ much from winter food. In the autumn, you start eating warmer dishes such as soups. Street food also becomes particularly tastier!

The most popular soup eaten in autumn is crab soup or kkotgetang (꽃게탕). It is well enjoyed in all seasons, but autumn is the time when it is consumed the most. It is a spicy seafood soup in which a whole crab and vegetables are added.

The most common street foods of this season are:

If you are in Korea this autumn, don’t miss the chance to taste these specialities.

For more information, follow the Go! Go! Hanguk blog and do not hesitate to contact us about living and studying in Korea.

Autumn in Korea is quite an exciting time of the year. With such a large variety of activities to participate in, it is definitely a good season to visit the country. Do so by joining our Autumn Course Study Trip with your friends and family! You don’t want to miss it!

Tags: Culture, nature, Things to do