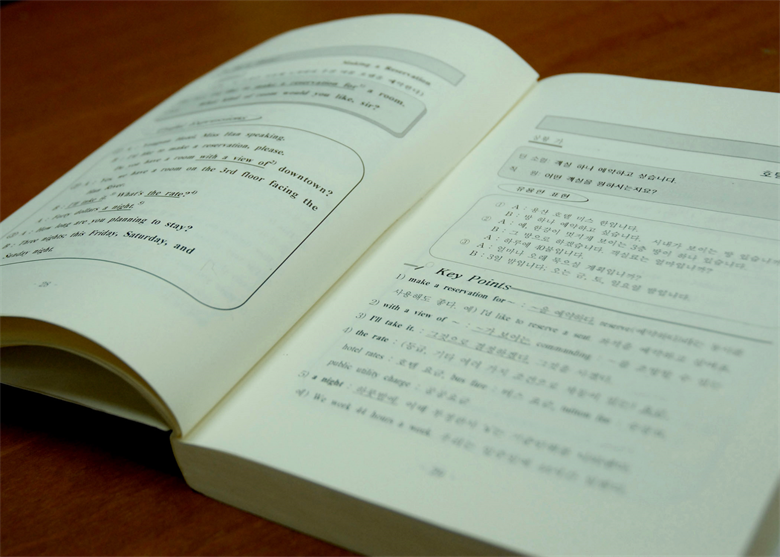 The Korean language has seven levels of speech.

Firstly are the high levels. The high levels of speech in Korean are mainly referencing the most polite way to talk to someone.

1. Hasoseo-che (하소서체): This is a very formal and polite level of speech. Addressing a king, queen, or high official uses this level. Additionally, historical dramas or religious texts use this level. People do not commonly use Hasoseo-che and the information is mainly for reference. This is a 존댓말 (jondaemal) form.

2. Hasipsio-che (하십시오체): Strangers normally use this level during their first few meetings. The service industry addresses their customers in this level as well. Colleagues will use it in a more formal setting. This is the formally polite way of talking and the most common high formality level of speech. This is a 존댓말 (jondaemal) form.

Secondly are the middle levels. People use these when they are unsure about which level of social status or politeness to use.

1. Haeyo-che (해요체): This is the most common polite way of speech. Foreigners are usually urged to learn this form of speech because it is simple and has the proper politeness for everyday situations. People use this level to address strangers and the elderly. This still fairly high in the politeness level but it’s not the most formal level. This is a 존댓말 (jondaemal) form.

Examples: 사랑해요 – saranghae-yo (“I love you”)

2. Hao-che (하오체): This is an outdated style of formal speech. You can find this style in historical Korean dramas. It has a bit of a poetic edge to it. It can be used to address people that are the same age or lower but maintains a moderate degree of respect. This isn’t commonly used and you mostly see it in writings. This would be considered 존댓말 (jondaemal).

3. Hage-che (하게체): This is an uncommon style of speech called the “familiar” as it is used among people of the same age or lower. It’s used among middle-aged adults speaking to other adults who are close to each other. It is also used by older people to address younger people or occasionally between adult male friends. It is also used in novels. This is a neutral from but leans towards casual 반말 (banmal).

Family, friends, and those close to you – low levels

Lastly are the low levels used to address friends or family that you are comfortable around and those much younger than you.

1. Haera-che (해라체): This is a more conversational style. It is more along the lines of formally impolite. This is level quotes other people. You will find this low level of speech in impersonal writing or indirect quotations. You can find these in grammar book examples as well. However, this level is not commonly used in conversation. This is 반말 (banmal).

Example: 사랑한다 – saranghanda (“I love you”)

2. Hae-che (해체): This is the informal, casual speech with no added levels of formality or politeness. Therefore, it is used among close friends and family. It is also used to address children. This level of speech is only used with extremely familiar people. This level is described as “intimate” in English. This is 반말 (banmal).

Examples: 사랑해 – saranghae (“I love you”)

Need to brush up on your levels of speech? Study hard at Go! Go! Hanguk’s partner schools and you’ll be a pro in no time!